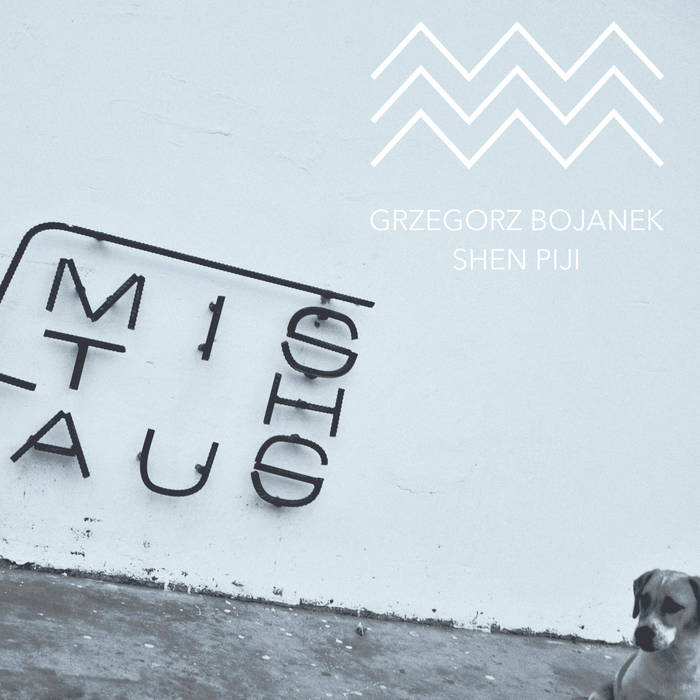 If you want me to make a physical edition, please let me know via my fb fanpage: facebook.com/bojanek.sound

After a great day with Sen Piji, Zen Lu, Er Dao, Tie Qi and their friends we went for the soundcheck in Misthaus Gallery. It was located in a postindustrial building situated on the mountain, surrounded by trees and green hills of Shenzhen. The atmosphere of the whole district was the closest to what I had in my mind while imagining China. We discovered there a lot of small shops, street restaurants, nice buildings and people living their lives outside with nature.

Around 7 PM the place was already filled with people, so the decision was made to begin the event before 8 PM. The first of four liveacts was performed by Gold Plated Face, Guiddo and Zhang Jianfu. Afterwards the stage was taken over by Michal Wolski, Er Dao, Błażej Malinowski and Tie Qi. They performed over 45 minutes. The third part of the show was the liveact by Zen Lu and Kim Nasung.

The last duo was Shen Piji playing on Guqin and cofounder of ChoP Project – Grzegorz Bojanek – who played his electronic devices. Their performance turned out to be a beautiful, ambient liveact mixing traditional Chinese sounds and melodies filtered by Grzegorz.

Grzegorz Bojanek (1975). As an artist he consequently introduces field recordings and electroacoustic sounds into his compositions which are the combination of the modern melodics ambient and sometimes noise.

Bandcamp Daily  your guide to the world of Bandcamp

Featuring Gary Bartz, 5 years of Rhythm Section Intl and an LP of the week by Nicolas Jaar